The Music of God’s Masterpiece

This captivating Christian musical drama introduces five original, fully orchestrated songs by the accomplished musician, songwriter, composer, and arranger, Keith Ward. In addition to the sweeping grandeur of his original music, Keith reintroduces four familiar hymns of the church with fresh arrangements that usher the audience into a time of personal, emotional connection with the timeless story of the passion of Jesus Christ.

This awe-inspiring Christian Easter passion play gives the audience time to think, time to feel, and time to react emotionally to the phenomenal miracle of God becoming man, then dying to redeem humanity, His greatest treasure. 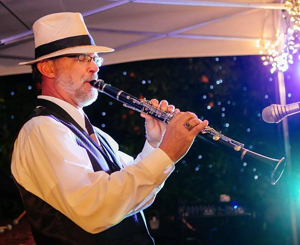 The music of God’s Masterpiece is a stirring musical “quilt” of classic hymns and original songs written and arranged by Keith Ward. Years before the creation of God’s Masterpiece, Keith wrote songs, with God’s inspiration, that would become part of the beautiful sounds of God’s Masterpiece. Keith is an artist, and his “canvas” is the hearts of the audience as they experience the impact of God’s message through music. Keith Ward’s music is available on Soundcloud, where you can enjoy his talent and support his work.

You may chose to use the downloaded, pre-recorded soundtrack options, with various levels of vocals; or, you may chose to have your own choir perform the music of God’s Masterpiece “live.” Below, you can explore the playlist options that we have provided for you.

God’s Masterpiece truly is a “pageant-in-a-can,” in that all the music and sound effects are provided on the soundtrack files. The soundtrack contains over 100 musical cues for this 90-minute production. Each musical cue is numbered and is carefully noted in the script for ease of performance.

Throughout the program, music punctuates the action by weaving scenes together or signaling the start of a new turn in the events of the story. This stirring music can be presented in various ways. Based on your own preferences, choose the music options best for you from the Four “Performance Soundtrack Playlists” which can be downloaded from the Performance Package page.

This playlist contains all vocal solos, choir, orchestra, voice-overs, and sound effects. Your people may sing along with the pre-recorded, professional soloists and full choir if you wish.

This playlist contains performance tracks for “live” solos from Andrew and the 3 Narrators. It also includes all the other vocal solos, choir, orchestra, voice-overs, and sound effects.

This playlist contains the orchestra, voice-overs and sound effects. The vocal solos and choir voices have been removed.

This playlist contains other soundtrack configurations of actors, soloists, and choir not included in the other playlists.

Sheet Music for the entire choir and vocal soloists can be downloaded on the Performance Package page.

Listen to some samples of Keith Ward’s exceptional arrangements for God’s Masterpiece by clicking the “Play” button on the players by the song titles.

“I Love To Tell The Story”
Lyrics by C. Hankey, music by W. Fischer, arranged by Keith Ward

“Passion”
Lyrics and music composed and arranged by Keith Ward

“Judas”
Lyrics and music composed and arranged by Keith Ward

“A Place For You”
Lyrics and music by Keith Ward

“I Know That My Redeemer Lives”
Lyrics by Samuel Medley, music by John Hatton, arranged by Keith Ward