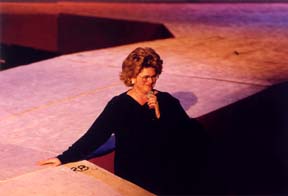 “Shepherding” those who are a part of the God’s Masterpiece cast and crew!

These “Director’s Notes” suggest ways to care for those who are a part of the God’s Masterpiece cast and crew.  It is these dear people who carry out your vision, as the director. This page is packed with suggestions to help you run the rehearsals smoothly and relate to the actors in a professional and efficient manner, thus making this task a joy and not a burden. You can also download the “Production Checklist” to help you direct this amazing production.

One of the most critical aspects of “directing with compassion,” is what happens during rehearsals.  Rehearsing actors by categories lets you only call the people you use in various segments of the production to each rehearsal. 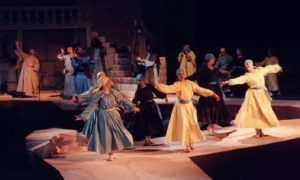 Rehearsing Dancers
Audition and rehearse dancers separately. The choreographers will interact with the director in planning out each dance sequence. Make copies of the music that you downloaded from the Performance Package page, for dance numbers, and give the dancers their own music to use to rehearse at home. Hold dance rehearsals a couple of times before you bring the dancers into the rehearsals with actors during the last 4 weeks before the production. 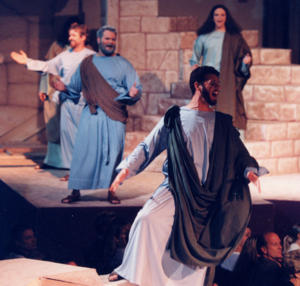 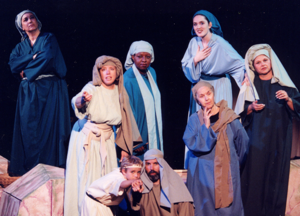 Rehearsing Actors
The actors are naturally grouped in this script. Have each group run lines separately when you have them all together, under the supervision of their group leader; for example, the team leader of the “Townspeople” conducts the rehearsal of their commentary lines. The team leader of the “Pharisees” conducts the rehearsal of their commentary lines, and so on. It is possible to have multiple groups rehearsing together in various parts of the auditorium while the director is working on a scene on stage. 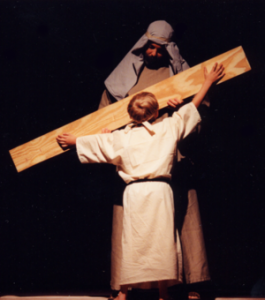 Rehearsing Children
Send all children, under 12-years old, home by 8:00 pm. They are fragile, and they have school the next day. If you care about kids, the whole cast senses it, and they become more sensitive to them as well.

Rehearsal Times
It is ideal to rehearse one night a week for four hours. People are busy, and they do not appreciate being called out more than once a week. Mondays are usually best for most people. Three months of weekly rehearsals is usually plenty of time to put together God’s Masterpiece. The third month has more frequent rehearsals with the two weeks before production being particularly intense. See the Rehearsal Calendar page for suggestions, or download the Rehearsal Calendar .

* * * Staggering Sub-group Rehearsal Times
If you have a 4-hour time frame, you can call sub-groups of performers in at different intervals during one session; for example, “Narrators” from 6-7:30, then excuse them. The “Pharisees” might arrive at 7:15 for check in and be ready to rehearse with the director at 7:30, and so on. The sub-groups for God’s Masterpiece are: narrators, disciples, principle cast members, dancers, “Crowds,” “Pharisees,” “Soldiers,” singers, and musicians.

Encourage people to bring books to read, video games to play, needlework, etc. to keep them busy. Let them talk in a whisper at the outer edges of the auditorium. To expect people to sit quietly during rehearsals is unrealistic. See the Rehearsal Calendar for suggestions.

NOTE: People resent sitting around wasting time while the director works with others for any length of time. Focus you attention on specific groups, then excuse them.EVERYONE WHO HAS ANY PART IN THE SCENES TO BE REHEARSED MUST BE PRESENT AT THESE STAGGERED REHEARSAL TIMES.

Rehearsal Check-in
Ask one of the production assistants to be the check-in person as actors arrive for rehearsal. When you need that person on stage, you can check with the production assistant to see if he/she has arrived. With staggered rehearsal times in one evening, it can be hard to keep track of people. Ask actors to check in 10 minutes before they are needed on stage.

Caring For The Cast & Crew 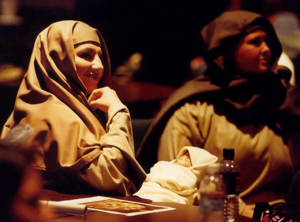 Food and Refreshments
Ask your “Hospitality Crew Chief” to work out some kind of a rotation in which different cast members bring some light refreshment for the cast, or work “Rehearsal Refreshments” into your budget as a line item. It’s a nice touch, and people do begin to wilt at rehearsals. Also, allow people to bring their own food and drink to rehearsals because many of them come straight from work.

Devotionals
Ask some of the cast members (“Pharisees,” “Disciples,” etc) to lead in a short, 5-minute devotion from 6:05 to 6:10 to open each rehearsal. Sing a worship song or two, make necessary announcements, then begin your first rehearsal segment at 6:15.

Do Your Homework!
As a director, be sure you have pre-planned the blocking sequences for each scene. Nothing irritates an actor quicker than a director who shoots from the hip. Granted, actors like to bring their own interpretation to a scene, and you may ask them to run it according to their instincts first, but then be sure you have constructive suggestions to bring the scene around to a level of excellence you envision for it.

Line Memorization
Insist that all actors be “off book” when they report for rehearsal for their scenes. Nothing is more irritating than actors with their noses in their scripts while you are trying to give them blocking directions. They cannot concentrate on character development and dramatic action if they are trying to figure out “what” to say and when. Have them write their blocking notes into their scripts as their scenes are blocked, then put the scripts down and take the scene again
“hands free.”

Six rules will keep the director sane. Tell actors to:

– Be friendly to everyone all the time.
– Be hygienic; shower, brush your teeth; wear clean clothes. Use deodorant, but no perfumes.
– Be cheerful; leave your troubles outside.
– Be Courteous; talk “to” people, not “about” them.
– Be punctual to every rehearsal and call time.
– Be prepared by knowing your lines. Unprepared actors bring the scene down and waste valuable time.

Photography & Video
Arrange for professional photography and video coverage of your performance at “Dress Rehearsal.” Stop the action to get close ups. Often you will get superior shots if you put the photographers and videographers up on a lift in the center of the house. Use the photographs or videos to encourage and support your cast and crew!